It has been 2200 days since Praimfaya. The Earth is uninhabitable, save a couple of safe havens, one of them in what used to be Alberni Valley. 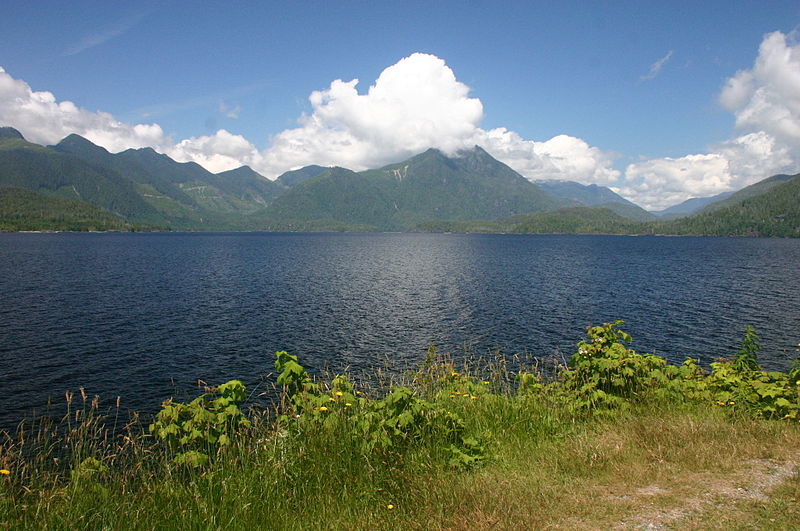 The survivors have been divided into small groups of people, struggling to scavenge and distribute what little resources there are left.

There are animals and birds, but they’re rare to come by and even harder to catch.

The bunker housing Wonkru has run out of resources and it’s beginning to feel more and more like they’re buried alive, with no way out of the tomb which once seemed like salvation

The Arkers have one mission - returning to their people on Earth. How hard can it be? Considering they’re running a year behind the scheldule, it’s a pretty difficult task at hand. Is there someone sabotaging their attempts or has it all just been a series of unfortunate events?

The people of Eligius are an interesting bunch - forner prisoners and guards alike, they are the last survivors of a space mission gone wrong and now, they are determined to claim Earth as their home again, whatever the cost may be.

Lieutenant colonel Noah Brewer (Nicknamed ‘Colonel’ or ‘Brew’, depending on how well you know him) 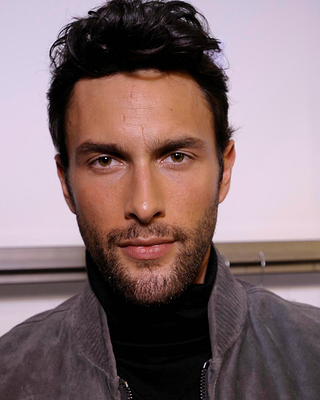 i would take harper… but i have no infos about her, cann you help me with that?

Harper is one of the gunner in the group, strong and brave. she has started a relationship with Monty, which last till now

Ahh, I really wanna join. I’m still only near halfway through s3 though. But I’d love to play Raven. And I guess I’ll just have to try and wing it until I’m caught up haha

Is this going be done in the third person? If it is then I’d like to take Bellamy (of course) and possibly Emori.

Awesome, then I’ll absolutely take Bellamy. I’ll let Emori go for now in case someone else may want her.

OOC: Okay so the Arkers have been making good enough progress, filling their slots. I think we have enough players to give it a go.

Clarke was too riled up to sleep that night. The space ship had landed hours ago, but there was still no movement. Eligius. She tried to rack her brain for anything her mother, Kane or Jaha might have mentioned about it, but she kept drawing blanks. All she knew was that she had to keep an eye on it, while staying hidden herself. She and Madi had retreated further into the treelines and disguised the Rover with cloth and branches. She wondered just how fast she could drive it and if it would be fast enough to get them away from these people.
She was suspicious, it couldn’t be anyone from the Ark on this ship, could it? But time and time again, she discarded that thought. That was a hopeless dream and she knew it. She had to focus on getting to know whoever this was now - and protecting Madi.

Noah stood in the main control room, getting the readings from the ground. He had assembled a task force last night, the first group who were to venture out onto the planet they were determined to reclaim. Then he had ordered them to get a good night’s sleep and done the same, but as dawn broke, he got up with an hour to spare until breakfast and came up to the controls.

The door opened almost soundlessly and he was joined by a couple more uniforms. If they were surprised to see him there, they didn’t show it. “Your orders, Colonel?”

"Have the vehicles ready at zero eight hundred hours. We’re going for a ride."

Haper starts moving, slowly… she has no clue what time it is now. She turns her head arround to Monty which is still sleeping besides her. She smile while standing up and put her clothes on.
Monty had come to bed late, he needed to check something on the farm stadion, so she decided to let him sleep and leave the room. She walks throught the empty corridors till she arrives the canteen. Welcome seaweed breakfast she thinks sarcastically … yeah she knows what would come when they are back at the Ark, but after all this time… she really can’t wait to get back on the earth.

Raven sits at an otherwise empty table, prodding at her food, making a face as she holds it up with her fork, staring at it before shoving it in her mouth and chewing fast. It’s fine enough, though Raven sometimes wonders if her tastebuds even work anymore, nothing seems to taste anything. Or maybe that’s just because she’s always tired from working too much.

She stifles a yawn, looking up to see Harper walk in. Raven gives her a small smile, both hoping and not hoping that Harper will join her. Part of her just wants to finish her meal and head straight to bed without talking to anyone, but on the other hand she’s done nothing but work and sleep for days now.

OOC: Like I said, I’m not caught up so let me know if I get anything wrong!

Bellamy had gotten up and went to work out. There wasn’t much he could do other than run and push ups and stuff like that. He was able to improvise and make things that could be considered weights. At least, they were heavy enough to do something anyway. Now it was time to get something to eat. Not that he actually wanted to eat but he figured if he ever wanted to get back to Earth and see his sister he better at least stay alive. When he reached the canteen he only saw Raven and Harper there. No one else must be up yet. That’s okay, he thought to himself. He liked it quiet these days, for the most part.

He grabbed something small and moved to where Raven was sitting, popping some of whatever tasteless substance he had grabbed into his mouth as he sat down across from her. He eyed her for a moment and then quirked a brow at her. “When was the last time you slept?”

It just need a look at Ravens face to know how she is feeling, tired, like they all do…tired, not just because of all the work there… tired of still living on the Ark again. I smile back at her, take my Ration and sit down on the other table. not in the mood for a talk now.
I take the first bite as Bellamy joins us. I nod at him and turn my head back to the “food” in front of me.

Murphy wakes up, but don’t open my eyes right away. Instead He listens, between The Ark, Earth, and The Ark again who knows where He might wake up. That’s not even including the times He’s been locked up.

The slight hum of The Arks life support systems tells hims he’s back to this nightmare. Turning over to see Emori still asleep. Six years is a long time, but part of him wonders if she’s ever really adjusted to being in space.

Murphy slowly leaves bed and make my way down to the canteen. If it wasn’t for Emori still asleep He’d be the last one up as it seems nearly everyone is already awake. Grabbing a plate and start filling it with the sludge they’ve been forced to call food. Humming a tune to himself as He fills the plate.

Harper has barely walked in before Bellamy comes along to. While Harper chooses to sit somewhere else, Bellamy sits down by Raven. She tries to avoid his eyes, but it’s no use, he instantly asks when she slept last. Raven frown as she tries to remember.

“Uhm, I had a nap a few hours ago for about twenty minutes. Proper sleep, probably a day or so…” she looks over at him, a warning look to not chide her for it. “Don’t worry, I’m off to bed soon. Just needed some food first.”

Raven looks up as Murphy walks in, giving him a small nod before returning to her own food.

Haper stares at the table while she trys to chew her breakfast. Everyday it becomes harder to get it down and this time is only the half of her ration. She pulls the plate away from her and lean back in the chair with a sign.
" somebody still hungry?" she asks out load, to nobody special " a half 3 course menue is left" she adds on and lean her head against the back, staring at the table

"Our priority is finding a water source. It’s pretty green around here, there must be something. Intel shows no hostile activity. But you’re to keep your eyes peeled. And these suits are on for a reason, remember that." Noah’s tone was calm but commanding. The vehicle was full of his best scouts and they probably knew it, but it didn’t pay to get too chummy with those guys.

He had an interest of his own, that he was keeping secret from the others for now, and that was finding Washington. The capital he had read so much about, he now wanted to experience.

Clarke let out a sigh of relief once the vehicle was out of sight. They were heading in a different direction than her hideout She remained in position for another half an hour, checking the space ship for signs of life, but the hatches remained shut.
"Time for breakfast, Madi." she announced. "You got 30 minutes to cook it up , while I radio the Ark."

“What if they see you?” The younger girl piped up.

"I have to take that chance. They need to know what’s happened. Especially in case we go radio silent. Stay near the Rover."

Clarke walked up the hillside, taking care to stay under the cover of trees. Once she figured she was high enough, she started with setting up the radio.

Raven makes a face at Harper’s offer, looking down at her own food in mild disgust. It’s nothing but nutrition, she’d barely classify it as food in all honesty. Needed for survival is all it is. She never has trouble getting it down, but sitting down and enjoying a meal hasn’t happened for a very long time.

“No thanks, I’m on a diet,” she quips, too tired to really intend to be funny. She tries to stifle a yawn, but can’t this time, and instead decides to just go with it, not even bothering to cover her mouth with her hand.

OOC: Dunno if you guys are still going with this, but I’ve still got four eps left of the show before I’m caught up (which I will hopefully get to soon haha), and once that’s done I might be willing to take on another character or two from the other locations!

Haper nods… more to herself then to Raven. “diet sounds good” she answers while grabing her plate to bring it back. She has enough for now, and maybe Monty is still asleep. So she can sneak back into bed, closing her eyes, just to hoping that as much time as possible will go by.