BIRTH NAME: Danielle Young
DATE OF BIRTH:
AGE:
AGE AT THE TIME OF VIRUS:
FAMILY (any siblings, cousins etc): Only Child
HOME: The Fletcher Family Farm
HAIR COLOR: Brown
EYE COLOR: Brown
TRIBE: Fletcher Farm
RELATIONSHIP STATUS (please agree this with another player if you want to have a relationship with another Mall Rat/Character: Single
PAST RELATIONSHIPS: Bray, Ryder
CHILDREN: None
PLAY-BY (your username here): Danni

PERSONAL FAVORITES:
TALENTS: Crossbow,
HABITS:
SECRET(S): was previously a Mall Rat
DISLIKES:
FEARS: Being alone again
STRENGTHS: Drive
WEAKNESSES: Can be so focused she forgets the bigger picture
PERSONALITY: Strong minded, committed and driven.
BACKGROUND: Having been taken by The Chosen with the other city leaders Danni’s main focus was survival. She wanted to get back to the Mall Rats, to the people she had started to view as family. The Chosen weren’t the kindest but they also weren’t as cruel as Danni expected. Food was limited and silence was paramount but as long as they took part in daily worship they were left alone. Danni lost weight and strength but her drive never wavered, she had to get back to the city.

Time passed and rumours spread of how the Mall Rats were in cahoots, that Tai San was the new Supreme Mother, Danni wasn’t particularly surprised… certain people had a way of always landing on their feet. One day, the leaders woke to find their guards gone, no explanation or sign… it was as if they’d all vanished over night. Not one to look a gift horse in the mouth Danni fled, back to the city and to the arms of the man she loved… or at least that was the plan.

She would never forget the feeling as she watched the love of her life hold another woman, a woman heavy with child. She stood in the crowd with the hecklers completely dumbfounded. Unable to really process what she was seeing. She wasn’t stupid though, and once the shock wore off and she confirmed the name of the blonde the pain turned to anger. Had it all been a lie? Some big joke? She couldn’t fathom why Bray would have lied about Amber’s death, and his pain hadn’t seemed like an act but the sight of the two of them together had confirmed at least some of it had been false. She obviously wasn’t dead, and they were obviously still very much together unless the baby had been someone else’s… but the way Bray held her, no, it was obvious the child was his.

Blinded by her emotion Danni left the city, she just started walking and didn’t stop. Not even when the sound of an airplane filled the sky. Not even when the weather changed and rain soaked he clothing. It wasn’t until she could no longer physically walk that she stopped, or more that her legs gave out beneath her. She didn’t remember much after that, but the blanks had been filled in.

She’d been found by a passing farmer, a man who had shed his load and carried her back to his home. Who had spent time nursing her back to health, helping her to regain strength both physically and mentally. His family accepted her and welcomed another member.

Time passed. Memories faded. The world around her changed. Rumours from The City of technology floated by but they didn’t touch the farm. Danni learnt about crops, about seasons and weather. Things that have never appealed before suddenly took new meaning. Nurturing the land became a way to process her past, her history and her family legacy. She shed it all, left it behind like an old skin and became someone new.

As her new self blossomed so did something else, first companionship, then friendship, and finally love. Real love, not that of a teenager but that of an adult who had known heartbreak.

Her world was complete, happy. She woke each day beside her love, spent the day on the farm and then ended the day with her family but happiness had a way of running out and after years of love a farming accident took her heart away.

She stayed on the farm but it wasn’t the same, days somehow seemed darker and time more hollow.

One day a red envelope arrived. It called her back, back to a place she had almost forgotten. She ignored it, contented to wallow in her pain but the letters continued and finally became too much. She packed a bag, told her new family she would be back and headed back to the city to see what new Hell awaited. 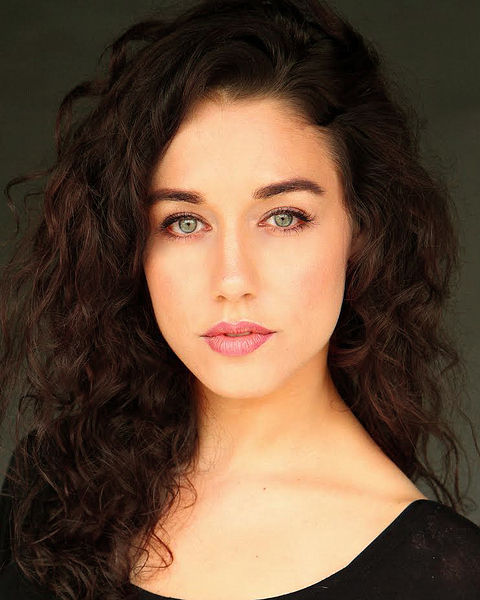