HABITS: biting her lips, worrying about her daughter.

SECRET(S): the scars on her wrists, most of the time covered by things.

FEARS: loosing the people she loves.

STRENGTHS: keeping promises, cooking in the outside,

BACKGROUND: Patsy was a young girl when the virus first happen. In a world where power and chaos took over the streets, and made it unsafe to move around. If one was unlucky one could end up as a slave for the locos. Luckily she had Bob and her brother Paul as well as her best friend Cloe.

She joined the mallrats together with Salene, Cloe and Paul, one day her brother went missing. The time after Paul was gone was hard, but she moved on. One day Jack saw a adult at the security camera, Patsy decided to go out searching for the grown up so that he could look after them. She even found him and brought him back to the mall. Only to learn that the man was not an adult, just a teen who had the virus.

The journey to Eagle Mountain was long and tiering, and devastating. They had lost Amber and Zandra, and the tribe seemed to break up, everyone was talking about splitting up. Patsy hated it, and was glad when they decided to stay together. It didn’t take them long to find the antidote and the mallrats were the “rulers” of the city, something that meant that Trudy needed a babysitter for little Brady. That’s when things started to go downhill for her. Out on a walk to the river, Patsy went to pick some flowers for Brady. Things didn’t go as planned as Brady was kidnapped, and Patsy ran away.

It didn’t take the mallrats long to find her, Trudy was taken away by the tribe that had taken Brady. When Trudy returned, Patsy was liked glued to the older girls side, she felt so horrible for loosing Brady, she felt like it was her fault everything that had happen. She was so happy when Trudy did not turn her away, she told her small secrets.

The chosen, that’s where things started to change. After the chosen caught her spying she was sent to the mines. The mines was a dark and horrible place to be. Keeping track of time was difficult, to begin with she would make marks in the wall, but with changing rooms so often she failed to keep track. When the chosen were brought down, she made an attempt to leave but was captured by a different tribe. With the lack of food in the mines, she had lost a lot of weight.

The following months, she was treated better, and gained some of what she had lost. When she was seventeen, she gave birth to a still born boy. She was devastated, wanted nothing more then to end her life, but her boyfriend managed to stop her from doing it. Instead she started to harm herself, it started in the small, making cuts on her wrists just under the long sleeved sweaters.

May 2018, Patsy and Anthony were travelling. The past few weeks had been nothing but arguments, Anthony had lost his temper a several times. He had even accused her of cheating on him, claiming that the baby she was carrying under her heart wasn’t his. She tried to explain to him that there had been no one else, that the only person she had seen was him. He wasn’t happy with that answer, so he had hit her, and caused her to fall down a slope. She was terrified about if it hurt the baby, as she reached the bottom she heard voices. Anthony was speaking with someone, who was hard to tell.

The voice proved to belong to Brady, Patsy was so glad to meet the girl again. She had grown! She was her own person! Brady went on to stay with them, but their arguing continued and one day when Anthony and Patsy were out he hit her before he walked off. When he didn’t return that evening Patsy went looking for him, only to find him dead. She somehow managed to bury him and make her way back to Brady.

Roughly a week later her daughter was born, the tiny baby screamed at the top of her lungs. It didn’t feel right to stay there anymore, it was the place where Anthony had been living most of his life and it didn’t hold so many happy memories for her so she decided to move.

The past years Patsy has been living with Brady and her daughter Aurora at the location where Trudy and Brady were taken to by boat. A few chosen handbooks were burnt and robes made into other helpful things that they might need and things they could use to trade with.

Lately letters has started to come, asking them to come back. Patsy has been torn, does she dare to meet the past again? Do they still blame her? 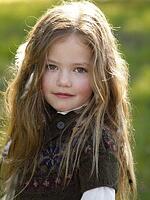 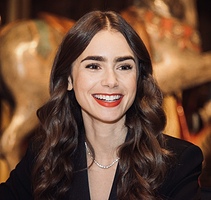