BASIC INFORMATION
BIRTH NAME: Paul (Is it Nemes? It be the same as Patsys obviously!), hasn’t used that name in years. He is called Phoenix by his people
DATE OF BIRTH: 7th June 1990
AGE: 32
AGE AT THE TIME OF VIRUS: 9
FAMILY (any siblings, cousins etc): 1 sister : Patsy
HOME: whereever the wind blows him actually, but has his headquarter in a secure, once fancy beach house
HAIR COLOR: currently silver-grey
EYE COLOR: brown
TRIBE: no actual tribe, more a group of Bounty Hunters and survivors
RELATIONSHIP STATUS : out of the ordinary, he lives in a polygamous relationship with Sam (Samantha) and Kyle
PAST RELATIONSHIPS: none he’d call worth speaking about
CHILDREN: none
PLAY-BY (your username here): Zwenja

MISCELLANEOUS INFORMATION
PERSONAL FAVORITES: reading a good (old) book, writing himself, drawing
TALENTS: as a deaf person, he pruned his eyes. He can see what others don’t see, he observes it all, he learnt to do Archery over the years and he carries his bow everywhere.
HABITS: rolling his eyes always if someone is stupid (what’s often in his eyes), he shares whatever he gets… Just not his chocolate!

SECRET(S): he’s deaf. But over the years he learnt lip reading too perfection. It’s not like he never let’s people know. His friends know. The people he works with know also. He uses a clever little device that reads out words he writes in it and writes the words others are speaking in case lip reading would be too complicated. His friends learnt sign language for him. Especially Sam and Kyle
DISLIKES: bullies, people who act like he is dumb just because he is deaf
FEARS: to loose the family he found himself
STRENGTHS: he’d say surviving. He can adjust to changes pretty fast. His friends are a strength for him
WEAKNESSES: his friends also
PERSONALITY: earnest and shy, not much about socializing. But he is way more open then he once was as a boy. He learnt that to have a part among others, he has to take part in their life. His device helps him a lot there. He’s got a mischievious side, which often shows up when he plays poker with someone…

He also is quiet fit and an accomplished fighter now. Sometimes he asks himself if being a bounty hunter is a honorable life. But then he remembers himself that honor doesn’t feed you…

Phoenix - then Paul - ran away from the mall one night. The malls very own bully had AGAIN threatened him. He didn’t want to stay away of course. Where could he go even? He knew without his sister, he’d be lost in this new world.

But right as he was about to go home he ran into some Demon Dogs. He ran. He ran right into the harbor where he was snatched by traders. Slave traders. The very same day he was shipped out, never to see the mall or his sister again.

He was sold from tribe to tribe, people fast getting tired of the deaf boy. But he always did the work they gave him. He worked a lot in farming and over the years his body changed into a man’s.

At the age of sixteen he was sold again. This time to a very vicious tribe. The female slaves where used for fun… The boys often beaten up. Till then he always had a not a free life, but a fairly okay one as long as he did his work. But now he got beaten up for nothing. He met Kyle and Sam, teenagers who knew each other since before the virus. They were interested and learnt his language in secret.

One night Sam was taken. Kyle and him heard her scream and heard the sounds of her being slapped for not just letting herself be raped. Phoenix didn’t know what got into him… But he grabbed the next farm fork and stormed into the house. Kyle on his heels. They fought and won.

Them fighting made others fight too. In the chaos they could slip into one of the old trucks and Kyle drove them away.

Phoenix was hurt. His wound seemed nothing, but it was infected. The three teenagers hid in a village where a woman helped Phoenix for the prize of Kyle and Sam helping her to make medical tinctures.

She was the one who said he is a Phoenix as his wound - or more the infection - should have killed him. They stayed a while with her, till her brother convinced them to join his bounty hunter squad. Everyone of the hunters has a tattoo and so he got a Phoenix. It held an ironic side to him also… Remembering the old fountain in the mall…

So Phoenix (Paul) found himself a life in that small village hidden between ocean shore and mountains. He is part of the bounty squad and often is away from “home”. To him home means Kyle and Sam anyway. They are his family.

He’d never thought a lot about his former life. After four years as slave, almost twenty years as bounty hunter… Life in the mall seems just like a dream. A nightmare in his case even. He only thought of his sister once in a while… But she probably was better off without the burden if a deaf brother. What would Patsy say if she saw him now? Strong, trained, able to communicate…?

When the first red envelope arrived, he got angry at Kyle, thinking if was one of his stupid pranks again. Kyle and Sam were the only ones who knew about the boy he once had been. How should anyone find him? And why now?

But then the next came and he knew Kyle wasn’t pranking him. He ignored the letters. Told his friends it was idiotic. Why would he go back? He lived in that mall for some months. Whatever was going on… Why should he care?

But the last letter didn’t sound only friendly anymore… He was unnerved. And so he started packing… He tried to do it in secret, but Sam and Kyle knew him way too good. And so here he is… On the way to the city… Just a duffle bag and his bow and quiver… And… A non stop babbling Sam and Kyle in tow…

Deep inside he is glad they didn’t let him leave without them. He wasn’t going home in his eyes… Home was coming with him… 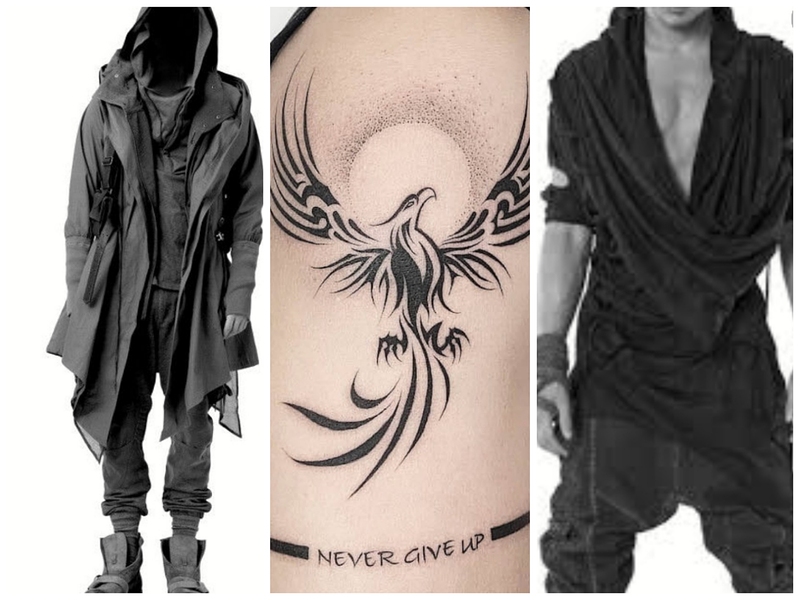 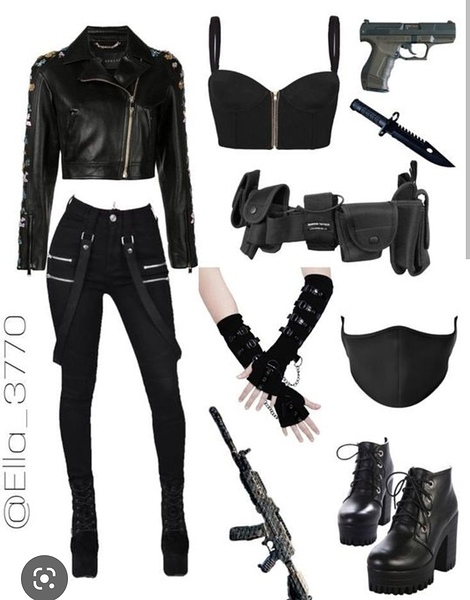 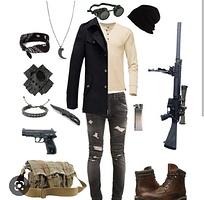