BASIC INFORMATION
BIRTH NAME: Sadie Grace Jenkins
DATE OF BIRTH: 15/12-05
AGE: 17
AGE AT THE TIME OF VIRUS: Born after the virus
FAMILY (any siblings, cousins etc): Ruby (Mother) Slade (Father), Oliver (Twin brother)
HOME:
HAIR COLOR: Blonde
EYE COLOR: Blue/Greenish
TRIBE: None
RELATIONSHIP STATUS (please agree this with another player if you want to have a relationship with another Mall Rat/Character: Single
PAST RELATIONSHIPS: None
CHILDREN: None
PLAY-BY (your username here): Tribelover15

MISCELLANEOUS INFORMATION
PERSONAL FAVORITES:
TALENTS: Mechanics, sneaking around, fishing
HABITS: Chewing on her nails,
SECRET(S):
DISLIKES: Her brother when he’s annoying
FEARS: Her parents are dead
STRENGTHS: Mechanics,
WEAKNESSES: Her honesty,
PERSONALITY: Happy, tough, blunt
BACKGROUND: Growing up Sadie and Oliver heard the story of her parents finding each other, separating, and then finding each other again. Ruby had fallen for Slade first, Slade at the time also had his eyes set on Ebony, leaving Ruby bitter but then to her horror and also happiness she thought she was pregnant. Ruby would never fully answer what happened there, she would just smile and say that was not meant to be but they were. After they had left the city on the boat and found land some of the Mallrats left to create their own life.

Ruby had stayed with Lottie and the others for a while and during that time Slade and Ruby would find back to each other and this time Slade really fell in love with Ruby. Soon she became pregnant and this time she was truly blessed, with twins. Oliver Jousha came first and then Sadie Grace. Lottie had stayed with the small family for a few years before leaving as well. Slade and Ruby had built a cabin near the woods but also close to the water for hunting and fishing. Sadie took after Slade in many ways with his mechanic skill but also his mysterious ways of disappearing and sneaking around.

The twins were close but also fought a lot as siblings could do, as they got older they just got tired of being the only ones near the same age so that’s why it was so much fun going into the village and finding kids their age. A few months ago Slade & Ruby started to gain red letters, they didn’t tell the kids at first what it was about until Sadie and Oliver lost their patience and Sadie snatched a letter from their father. It was at that time the letters started to get angrier and more filled with threats against the kids. This set them off and they decided it was time to make their way back to the Mall.

The mall, Sadie and Oliver had heard a lot about it over the years from their parents and from Lottie when she was around. They had made it halfway when the storm came, the water started to get more violet and suddenly ruby was thrown overboard by the force of one wave. Slade told the children to stay put and not leave the boat and jumped in after Ruby. It rained too much and the waves carried over the boat while the kids screamed for their parents.

They made it to land safely but no sign of their parents, it was Oliver who stood up and said that the best chance to catch up with their parents was to continue towards the city and to the Mall, that way Ruby and Slade could find them. 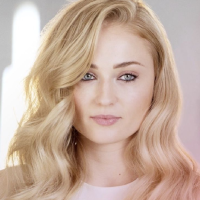 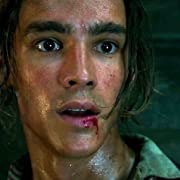