PERSONAL FAVORITES:
TALENTS: can talk herself out of trouble, can convince people of her innocence, only one who can calm Andy
HABITS: tries always to protect her brother, now her son too, gets fast harsh if you try to take what hers.
SECRET(S):
DISLIKES: goody two shoes
FEARS: losing Andy or Leo (both)
STRENGTHS: using her intelligent mischieviousness
WEAKNESSES: Leo
PERSONALITY: mischievious, sarcastic, but a soft caring heart deep hidden behind that. If you get her heart… She’ll be doing whatever to keep you safe.

Tally and her twin Andy were at the hands of their way older brother Ned after the virus. Ned was everything contrary to a goody two shoes. He never followed any rule and never cared for anyone else then him and his silblings.

When he died, both were left to the mercy of the Mall Rats. They had Alice, but she was too lost in griefing Ned who she was engaged to.

The Technos arrived to that time and Alice went looking for the twins during the first planes flying over the city… Like Alice, the twins never came back. The Mall Rats never knew if they were kidnapped or had gotten out of town before…

Indeed the twins had been strolling around the Harbour, debating their options. Staying in the mall, when knowing that their older brother had a hand in the kidnapping of Amber and Trudy…

…lets say they weren’t thrilled by the idea to live at the mall. What if Bray came to the idea that they knew all along? (what they didn’t!) They had seen way too much unfairness and cruelty to believe that their brothers stupid idea wouldn’t backfire on them…

But Tally argued that Alice would look out for them. And Ellie, being Alice sister, too. Andy snorted to that, saying Alice only accepted them because of Ned and Ellie was not a fighter in his eyes (well… He’d never saw her talk back to a leader obviously

The noise of planes let them look up. Scared they edged farer into the shadows and watched horrified how people in masks shot at people… Grabbed them… The twins just shared a look and took a decision. Better them then us!, so instead of running to the mall and giving a warning… They ran the opposite direction… Through the dark streets of the Harbour, to the boarder and slipped unseen into the woods…

The next years they lived like their brother taught them. They became tricksters. It was helpful that Tally had an innocent look to her and Andy became quiet the hot looking heartbreakers kind of guy. After ten years of just traveling from place to place they became tired of it. Especially Tally wanted to have a home…

One day they found a trailer park, where indeed people lived. Little young families… It seemed perfect. The owner saw his chance with their arrival. A good looking lad, a sweet ginger haired girl… They sure looked more appealing then him with missing half his teeth. He took them in… Taught them how to repair things…the people paid their trailer up to the owner Bobby, by giving him food and whatever they could provide.

Tally and her brother fell into this life easily. One day, 5 years back… They found Bobby dead. He’d drunk regularly… And it killed him in the end. The twins buried him with a heavy heart. He’d never listened to them to stop drinking.

And again the twins faced a loss. Andy coped with flirting, using his looks to get into a warm bed…

Tally on the other hand wanted something to last. In the end she fell for Zac, the leader of a trader tribe in the small village close to the trailer park.

He was a friend of Andy and so she thought she’d be good with him. And she was. She loved being with Zac, loved kissing him, loved sleeping with him. He was her first in everything. She should have been doubtful that he was okay that she still lived at the trailer park and went whenever Andy needed him. A normal partner would have been jealous. But Tally thought that this was undoubtfully love…

It wasn’t. Over a year back she woke up, feeling sick. It was weird as she never got sick. It went on some days and a girl in the trailer park asked her if she might be pregnant…

Tally was shocked. But a while later she had no doubts about it. Her period was then late over three weeks. She knew that was something she couldn’t speak to Andy about first, Zac needed to be the first to know…

Torn between fear and joy she made her way to his tribes place. It was normal she came and went there, so no one gave her a second look. Just at the door to Zacs room, a guard tried to stop her. Annoyed she gave him a kick with her high heeled boots and stormed in…

She couldn’t believe what she saw. Zac with another girl. A blond, big boobed, wide curved…

"I couldn’t keep her boss…" the guard screamed in pain, Zac held his hands out "Tally… Baby… It’s just… I love you. I just need to have sex more often… You know… I am a man…"

She didn’t want to hear more. She turned and left without a word. Andy found her sitting motionless at the small lake that day. She didn’t cry, as she told him. Held him back when he wanted to go and beat the shit out of Zac.

And so the twins kept away from Zac and his tribe. Tally refused to ever see Zac again. Didn’t tell him of their child. Of course rumors started and Zac understood it was his baby.

Life turned ugly for the twins. There were fights among the park people. They couldn’t understand. People demanded electrical light like the village had due some wiz kid had been able to start the old windmill system…

But they stuck together. Andy was there when his nephew was born. Unfazed he helped his sister through. Just the two of them. Like always. Tally called her son Leo.

Zac went fiercer, demanding his son had to live with him. Once in a while he sent his guys to attack the park, break things…

The first red envelope arrived one morning as Tally was breastfeeding Leo. The twins shared an eye roll and Andy ripped it into pieces. They had other stuff to think about then the goddamn mall.

Tally grew worried after the fifth letter. Who even knew them!? They had never been real Mall Rats anyway?!

She held Leo in her arms, musing what was going on. And good she did! There were screams all of sudden. Paniced she left her trailer and her eyes went wide. There was smoke. Fire!

Andy came running at her “Go… Tally… Run…
Someone must have coated some fire accelerator over the area…” With those words the first engine exploded. The twins ran to the little garage and Andy moved out his motorcycle. With sure handmoves he attached thd little bumper car he had got his hands on after he knew he’d be an uncle. Now he’d used it sooner then he thought…

"Climb in… Hold Leo…" He drove them into safety. They watched the fire from far. “You know that was Zac…” Tally whispered. Andy wrapped her and Leo up “Yeah… He probably thinks now you have no other chance then crawling back to him…but I won’t let you!” “As if I’d do that. Pff. But… What do we do?” "Well… Maybe…"

They shared one of their twin looks. And the decision was taken. They’d be taking their chances with the mall… At last that tribe never had a problem with babies.

It wouldn’t be easy. Travel with a half year old baby… But Tally and her brother had actually seen worse… 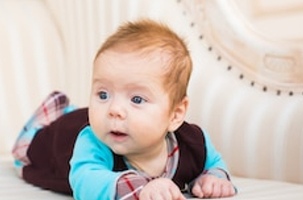