Customized from TribeHeaven’s forum after it closed. Thank you to all contributors. If you have been to one of these or have something to add, feel free to do so.

From tribeworld.com: The Tribe was filmed locally around Wellington and the furthest that the team had to travel was to the countryside sets of Liberty and the Eco camp which were about an hour’s drive away from the studios. 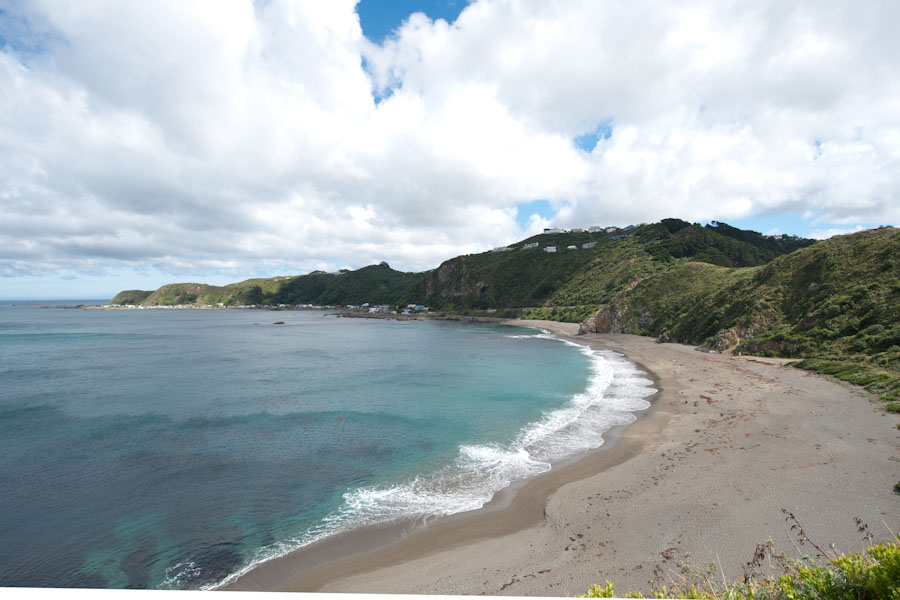 The opening credits of The Tribe, where we see the series one cast strolling on the beach, was filmed at Breaker Bay in Wellington…

Breaker Bay is a suburb on the south east coast of Wellington City in New Zealand, on the Miramar Peninsula. The suburb contains a 600 m wide bay of the same name, and is part of the western shore of the Wellington Harbour entrance. The Eastern Walkway runs along the top of the Bay and has views of the area. It is mostly well known for being a clothing optional beach, which is shared by naturists and clothed people alike. New Zealand has no official nude beaches, as public nudity is legal on a... 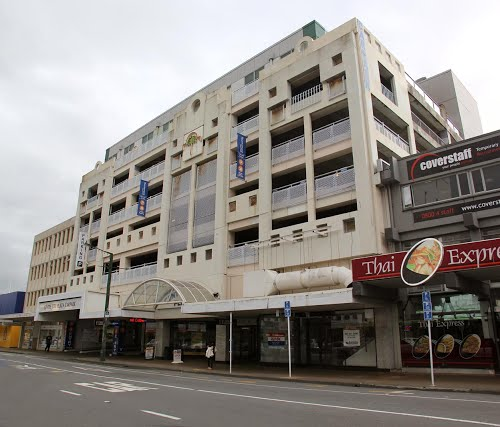 The front of the Phoenix Mall, the ‘Centre City Plaza’ fascia, is located on Goodwins Arcade 59 Queens Drive, Lower Hutt, Wellington, New Zealand. You can also go round the back of the arcade for the other entrance at 169 High Street, Lower Hutt.

This is the location of the Eagle Mountain obeservatory, one of the key and iconic locations from The Tribe series 1 & 2. This is where the journey for the antidote led the Mall Rats to and where Zandra (‘and Amber’) died and were buried.
https://upload.wikimedia.org/wikipedia/commons/4/4c/Hawkins_Hill_Radar_Dome,_Te_Kopahou_Reserve,Wellington(9).JPG
There is a guide to walking to the station here it is situated on Wellington’s southern hills.
Dal’s grave is on the access road to Hawkins Hill, about 500 yards before you get to the radome. There is a road from the north - you can only drive as far as the wind turbine, and have to walk the rest of the way (takes about 20min). The two vertical posts of Dal’s grave are still there - they were metal reinforcements for the fallen wooden pole visible behind the ‘grave’. The wooden pole is still there, even though it fell down at least 10 years ago. Views of Wgtn are excellent.

Click on link to Google Maps above and scroll north-east (past the Castle) until you reach a photo called ‘Wellington from Hawkins Hill’ - this is more or less where the scene was filmed from. If you go into Google Earth, there is a photo called ‘East towards Wellington Harbour’, by matconnor, which includes the ‘grave’.

4) The Wainuiomata Tunnel - Lair of the Chosen

The tunnel was planned to improve access to the Wainuiomata Valley in the Wellington region of New Zealand’s North Island as part of a scheme to commence residential development there in the 1930s. Construction started in 1932 but was halted several years later when only partly completed due to a lack of funds brought about by economic depression.
The tunnel was never opened to road traffic, and other than a brief stint of military service during World War II, remained unused until sold in 1975. Thereafter it was completed as a utility tunnel, initially carrying only a water pipe, but later other services were added.
The lair where the Chosen held Trudy, Brady and (briefly) Ebony early in s2 is the Hutt Valley (lower) end of the Wainuiomata Tunnel, in Tunnel Grove, Gracefield.
[behind warehouse car park, accessible business hours only].

5) Way to the city: where Bray leads Trudy at the beginning of the first episode

The beach where Bray is leading Trudy along can be found in the carpark at Onehunga Bay,Whitireia Road in Porirua

Note: This was actually the property that belonged to Raymond Thompson and the particular scene was the first one ever filmed of The Tribe.

####7) Helipad where Bray is standing in the end credits.

This bay is where Zoot’s sea burial was filmed. 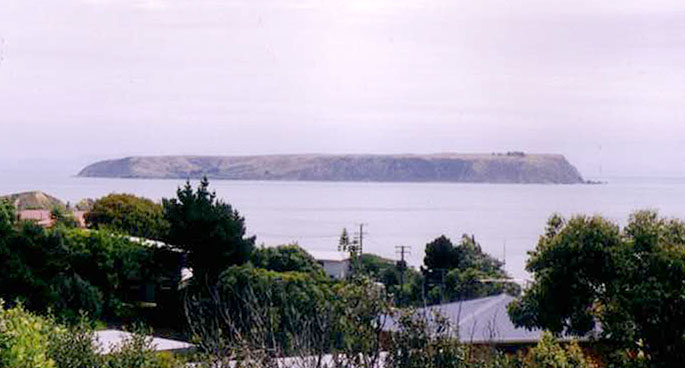 The island itself: Mana Island is the smaller of two islands that lie off the southwest coast of the North Island of New Zealand (the larger is Kapiti Island). The island’s name is an abbreviation of Te Mana o Kupe, “the mana of Kupe”.

Mana Island is a 3 km (1.9 mi) long, 2.17 km2 (0.84 sq mi) table, with cliffs along much of its coast and a plateau occupying much of the interior. It lies 3 km (1.9 mi) off the North Island coast in the Tasman Sea, west of the city of Porirua and south of the entrance to Porirua Harbour. In 2009, it was selected by the Global Restoration Network as one of New Zealand’s top 25 sites for ecological restoration.

Mana Island is the smaller of two islands that lie off the southwest coast of the North Island of New Zealand (the larger is Kapiti Island). The name of the Island is an abbreviation of the Maori name Te Mana o Kupe, which means "The Mana of Kupe". Mana Island is a 3 km (1.9 mi) long, 2.17 km2 (0.84 sq mi) table, with cliffs along much of its coast and a plateau occupying much of the interior. It lies 3 km (1.9 mi) off the North Island coast in the Tasman Sea, west of the city of Porirua and ... 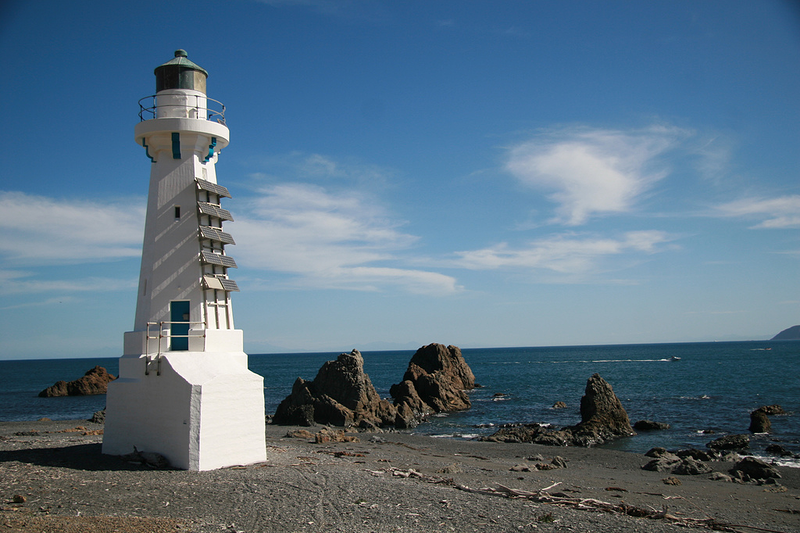 It’s the lighthouse from series 1, in the Tribe Gathering.

There are two lighthouses at Pencarrow Head, the one we see in The Tribe is the newer one, the older one is located at the top of the cliff.

If you place pegman in Lukes Lane, Wellington you will see the carpark and lane used in many shots in The Tribe.

A fair amount of scenes in The Tribe were filmed at the Kaitoke Regional Park in the Wellington. 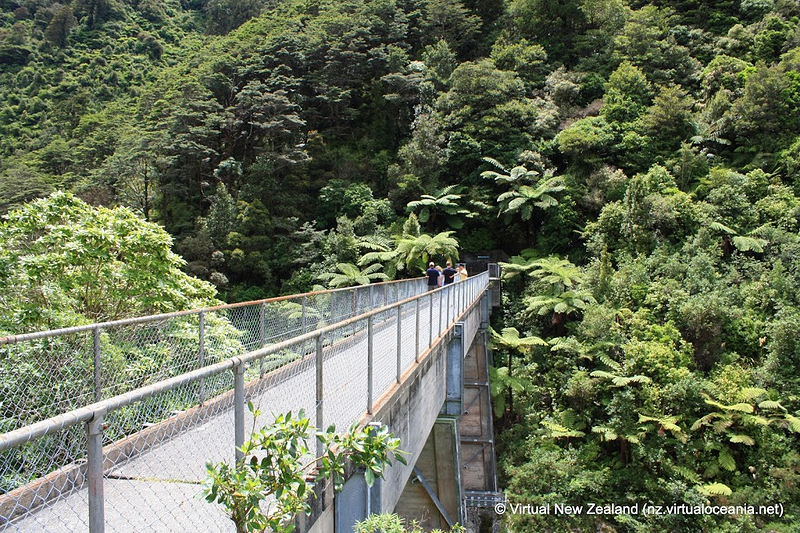 Just up the hill from Oriental Parade is the building used as the first Series 3 rebel base.

Here is the location from series 3 where the rebels are teaching each other to fight and where Bray almost killed Ebony. It was a cricket ground quite near to Cable Street.
Hutt Park Racecourse, Parkside Rd, Gracefield [no longer exists – demolished] 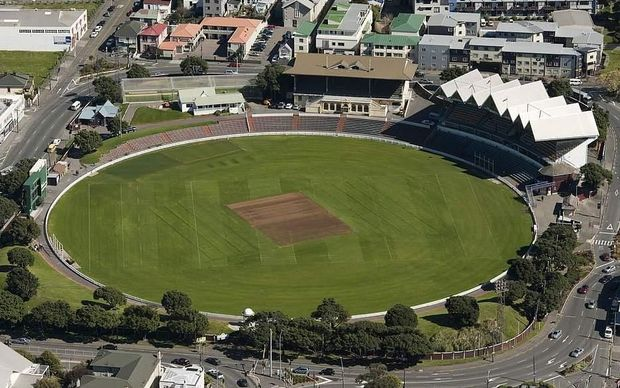 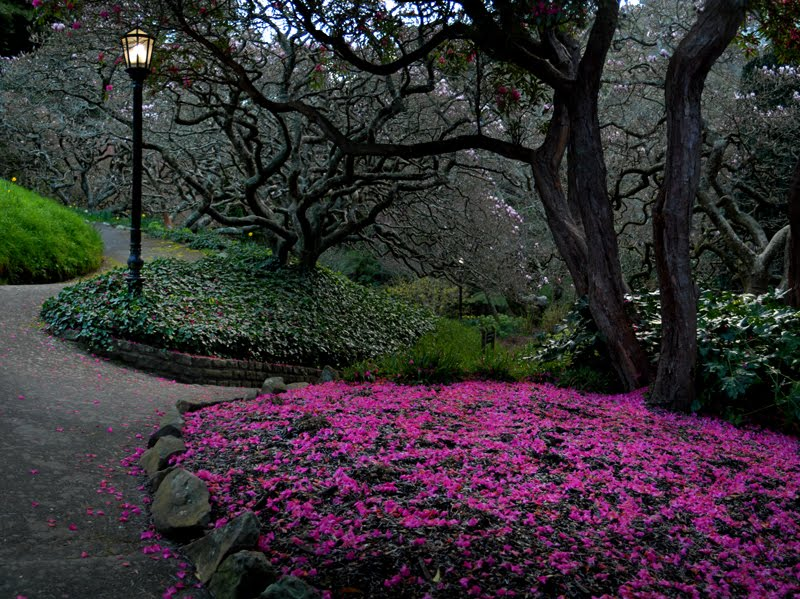 Those gorgeous gardens where Ebony and Ram got married at was filmed at Wellington’s Botanic Garden.
The garden is huge so finding the exact spot of the tulip garden might be difficult, but it’s a magical place definitely worth a visit. According to albie, the ceremony took place in Lady Norwood’s rose garden. 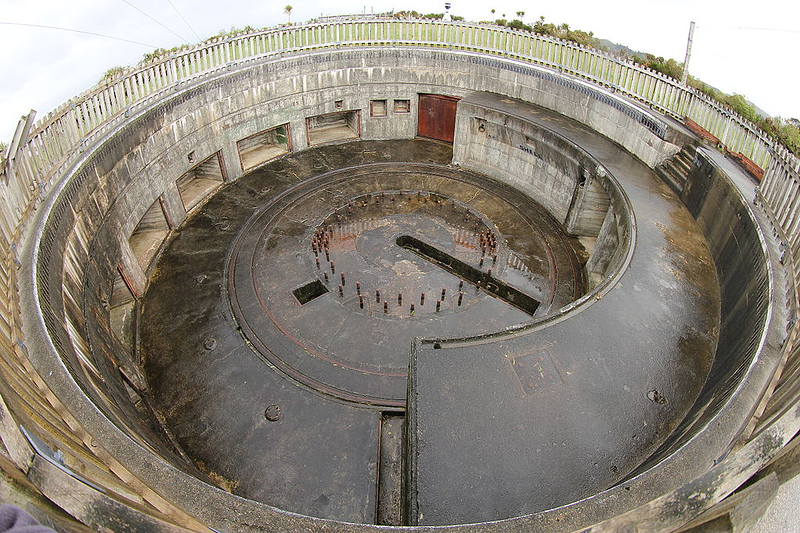 Just off Jervois Quay is where they left from at the end of Series 5. 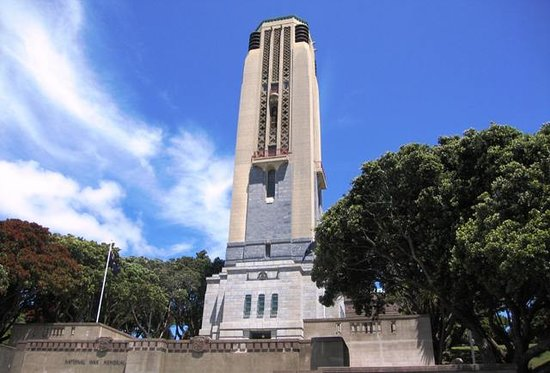 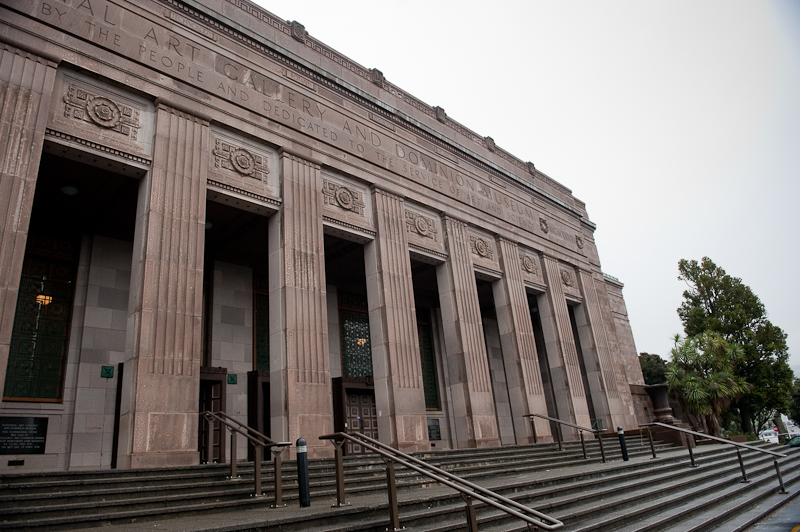 Where Top Hat (on motor bike) has KC by the neck:
Mobil Refinery, Port Rd, Seaview [possibly used for other scenes]. 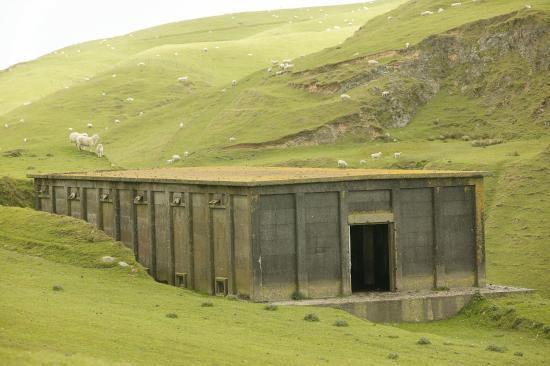 Where the Chosen set off from:
Red rocks (Pari Whero), west of Owhiro Bay [not certain about this one]. 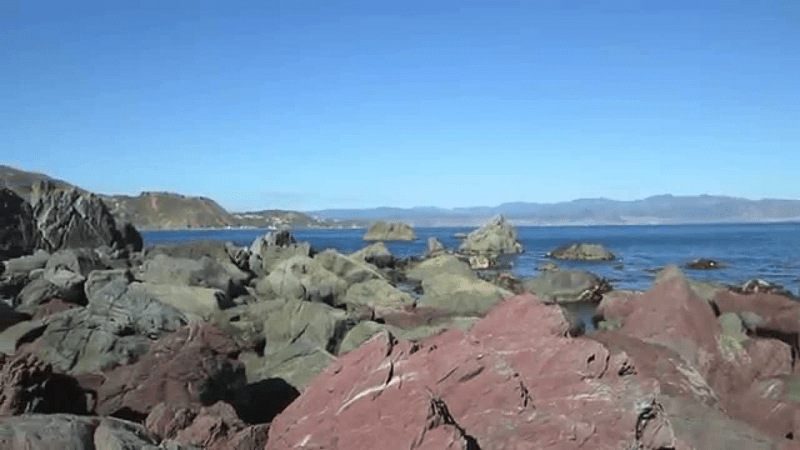 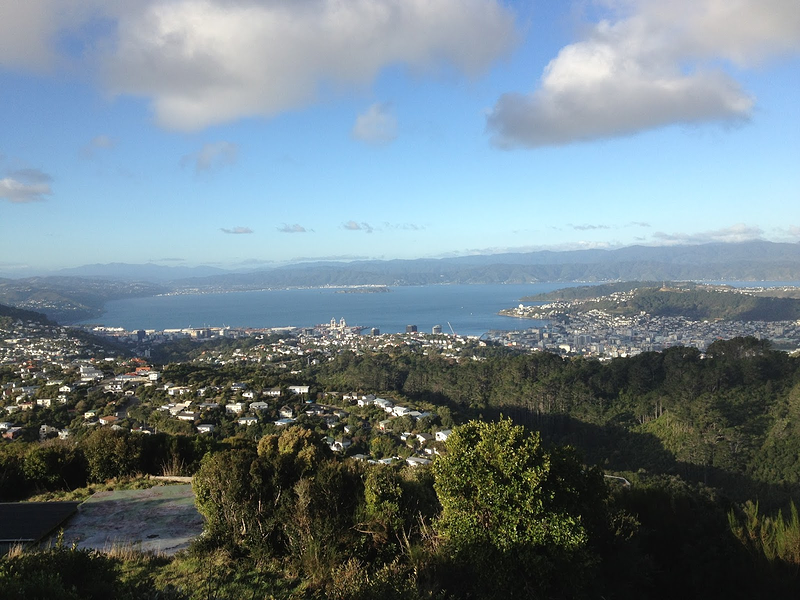 Where Guardian tows Luke along with rope around neck (s3, ep.52):
North-east end of Whitireia Park.

According to the Tribeworld website, many sets were constructed on a lot in Whitemans Valley – including Liberty, the Gaians’ village and (presumably) Alice’s farm. 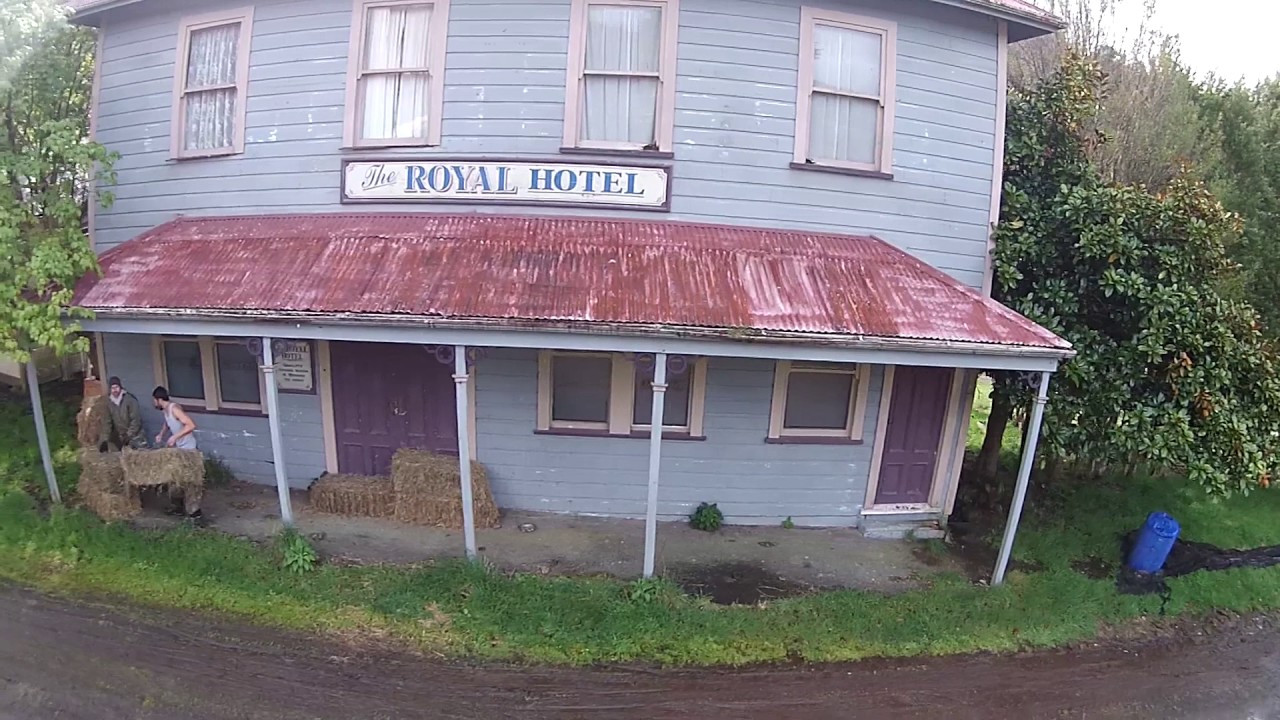 Oh thanks, that’s a great find!