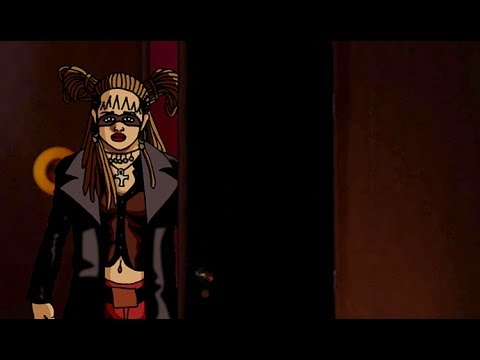 Episode 2 of The Tribe: Reboot project, a modern motion comic adaptation of the post-apocalyptic television series.

"BRAY and TRUDY make their escape from the Locos in an attempt to keep EBONY and ZOOT oblivious of her pregnancy, however, EBONY quickly uncovers the reason for their disappearance. Meanwhile, despite the dump that is the Mall, LEX realises that the nerd could have a lot of potential. As the kids continue to search for SALENE, they are narrowly saved from the arrival of the Demon Dogs thanks to AMBER’s quick thinking.

With the Locos out for them, BRAY makes a hard decision."

Looks amazing once again! It’s funny how everyone points out the lack of guns in The Tribe, but seeing them in the reboot is jarring. At least to me.
But then I also didn’t notic there were no guns originally.