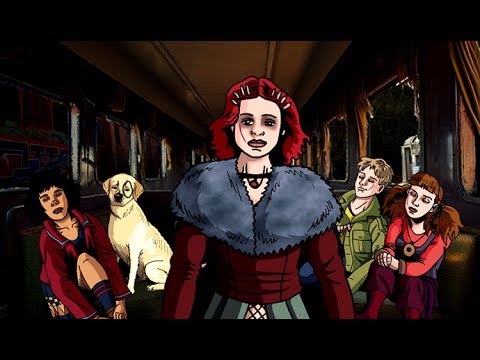 Episode 3 of The Tribe: Reboot project, a modern motion comic adaptation of the post-apocalyptic television series.

"TRUDY does not like the interaction between BRAY and the Demon Dog prisoner, AMBER. Meanwhile, JACK makes the final preparations for their plans for the Mall whilst ZANDRA tries to keep LEX at bay.

DAL has a heart-to-heart with SALENE before leaving to try and figure out a rescue attempt for AMBER. Elsewhere, ZOOT finally figures out just why the Demon Dogs always seem to be one step ahead."

Ahhhhh. First of all, not fair, taking my girl a prisoner! :rolleyes:
Next - yeah I am totally buying Bray’s over-the-top heroics. He’d be the type who wants people to see he’s not a bad guy. LOL
And - this goes as a comment with the previous episode, but I had to laugh when Ebony went digging through Trudy’s trash. She would. She’d have the smarts for it and if necessary she’d get the job done too, without being too squeamish.