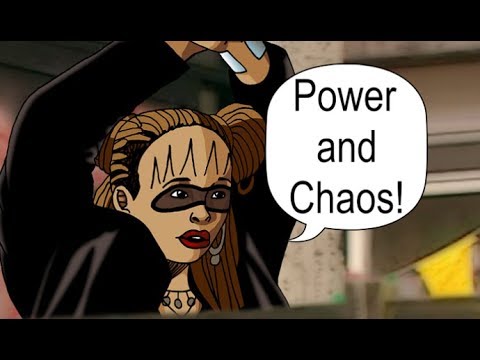 Episode 6 of The Tribe: Reboot project, a modern motion comic adaptation of the post-apocalyptic television series.

"With TRUDY out of the picture, EBONY makes a play for power and to start integrating herself as Queen of the Locos alongside ZOOT. Meanwhile, TAI SAN begins to feel the start of something special with everyone gathered at the Mall, but harmony is disrupted by the knowledge that TRUDY is undecided about whether to go through with the birth.

As events come to a head, LEX is determined to find out exactly what secret TRUDY and BRAY are hiding."

Just caught up with this - fantastic! Having all the S1 feels all over again but with the added bonus of not knowing what’s coming next!