Hello dears…I am still writing on ALL OF ME of course, but the end is coming while already writing on chapter 36…(it is planned out to have 52, I always make it like that. 52 episodes per series, 52 chapters in my stories…)

And since a while I find myself thinking about another story. Being back in discussions, reading others sights…I am inspired to something I always thought about, but never wrote in the long running.

It would be an alternative storyline, starting with the end of s3. It would mean Bray and Amber to be located with the ECOS and going for settling there. Watching the situation. That would make it possible to still bring in deeper looks into the mall. I could switch between wood and city. I could mix up many things…I would take the Technos and the characters biut throw them around. For example I have in mind that Jay and Siva have a secret hidden affair even before invading the city. Jack can end up with someone else. Luke can return. Trudy could stay with Bray and Amber and find someone too. I could work of the issues Hawk seems to have with Amber. I could mix up Pride differently…I could also bring in Liberty…or leave it out completely…

would anyone be interested to read anything like that, or is the time of alternative story lines gone after we have the books and so many s6 goings now? 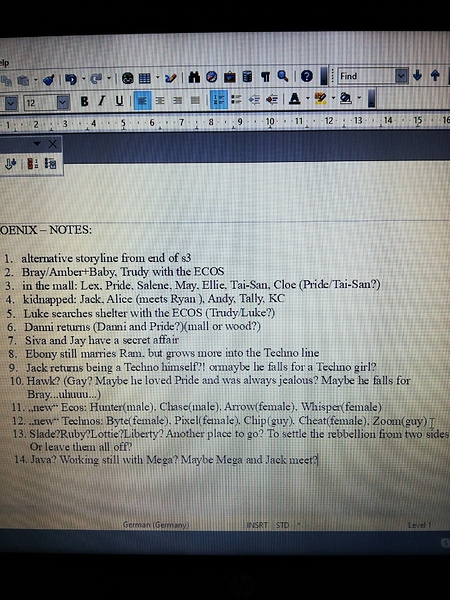 I would be very interested in reading this story. Not only would it begin after my personal favorite season(s) - seasons 1 to 3 will always hold a special place in my heart - but I am also quite intrigued by the idea of Jack joining the Technos and by a possible Tai-San/Pride storyline.

It are my favourites too. S4 is my last loved , s5 was a bit better. But all dissapearances and then bringing in new characters who never got any real deep explaining…it just felt somehow sad all the time. Bringing in Jay then going for Ebony, then Trudy, then Amber…like a parody on Bray (who actually of course didn’t use the girls that way) No, didn’t like that as well.

I always thought it would make sense if Jack would be at last very tempted with the Technos. I mean…all that stuff they have…and it would also make sense for Ram to get him on his side, so that the Mall Rats have no clever genius helping them.

Pride and Tai-San is a combination that definitively makes sense. I wrote already some scenes…have to look how it melts together, but usually if I already have so many ideas and start drafting…it isn’t long before I am writing for real…lol

In first place i like the idea of Ryan and Alice

What about a reunion with KC and Patsy ?

I can also see Jack falls for a Techno girl

Patsy… There would be the question… Was she killed or not

Since you are the writer. And so the boss… your choice about Patsy

I know what you mean. You start to get attached to the characters and suddenly they’re gone (like Dee). This is why many of the characters introduced throughout series 4 and 5 seemed kind of shallow and badly written to me (although I do have to admit I’ve got a soft spot for Gel and Jay).

It would totally have made sense. It’s actually a waste a Techno-Jack storyline wasn’t included. Being a Techno would’ve been a perfect fit for him in many ways. And I like the way your mind works! Taking Jack away from the Mall Rats for good (or at least, a while)? That’s genius!

I admire you for being so adamant when it comes to writing. Wish I had your perseverance. Keep it up! It’s a wonderful trait to have.

I actually like the turns Jack is taking in ALL OF ME, becoming more of a leader to the “geek” team. He could absolutely turn it upside down with the Technos. Especially for Jay is a “good” guy too… So he could work in the back with him

I always thought it is a shame that Dwayne left… Amber and Bray with the ECOS as rebels from the outside… That would have been so cool! But then I can write that now! It’s cool to switch between locations and melt it together carefully…

I could consider Danni alive (she could… Have a baby too… Ohooo​:flushed: 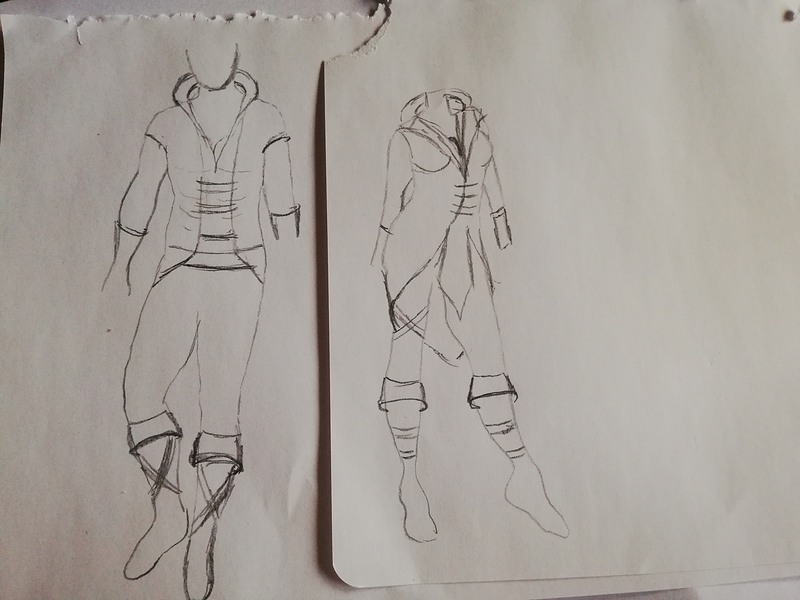 and yes, such respect for your talent, joy and ideas for writing

This sounds very promising, I like the direction this could go. Sounds like a S4 we should off got.

Don’t forget to deal with Alice’s grief and rage.

Yeah that’s a thing… Maybe she better doesn’t get kidnapped… Or gets in such a rage that she she can fight herself free🤔 she could become a female daredevil… Though actually… Ned was a bad egg. He doesn’t deserve any tear from her! I hated him right from the spot… How he and his siblings treated Pride… How he hit all greedy for Alice farm… How he kidnapped the girls… He didn’t even stop to think how Alice would feel about that, if she eould ever find out it was Jim taking Amber and Trudy!

He doesn’t deserve her tears. It was just so nice to see her happy. Maybe she needs to know his involvement so we get the feisty entertaining Alice. She was a very strong individual and at times in S3 I saw her very much as a leader to the one’s being held prisoner at the Mall. Maybe she will find love again and this time with someone nice like Ryan.

Hmmm…I think I have an idea to that

she could meet Ryan on a transport and they team up and fight their way out and when they go home they meet up with Bray, Amber and Trudy outside near the ECOS…
So those would have some more fighters outside. The girls could work it out with Alice…

And Ryan and Alice could get another look at each other. (I like them very much being a couple in ALL OF ME)

Oh I really like that idea. Ryan will be the one who will help her through and with them joining, Bray, Amber and Trudy will make these new Rebels quite a strong force. In her defense Alice didn’t do anything wrong except love a ignorant dummy.

Alice and Ryan defiently suit as a couple.

Alice absolutely makes up for three male fighters at last! She would be good in training up girls… Trudy and Amber sure can defend themselves, Amber even being a bit more trained, but they sure need some training up to become more badass.

And Ryan and Alice both can live more quiet in the nature. And to the same time Alice is caring and can be of help with Amber’s and Brays new born son… And with Brady. The girls sure could help her work her anger off.

Alice is one of my favourite characters so this is really exciting me. She will be great being out there with the rebels and eco’s. She will fit in well, she is familiar with living off the land from her farm girl days.

It will be a great place for her to find herself again and have Ryan there to help her through it and realise what love really means when she ends up with him who is caring and sweet and not an ass.

I love the ECO scenery anyway. In ALL OF ME they helped Bray finding himself again. And I love the scenes I have done with him and Alice in that story toll now.

It will be cool to give her a bigger spot light by helping Bray to kick some asses. She actually qualifies to teach Bray some dirty tricks

Ryan still has a broken heart because of Salene too… So Alice could also make him realize that it just wasn’t a good relationship to any time.

(I will post Alice new style for ALL OF ME just now!)

When will chapters for this begin? Your sneak peeks have got me excited.