What Are You Looking Forward To?

Look into the future… What do you see?

Hello, friends! Here’s another fun and positive topic for you all! I know whenever I’m really excited about something, I just gotta tell the world! So, here’s a topic exactly for that purpose!

Are you keen for a great big cheesy pizza you’re planning on ordering for dinner? Maybe you’ve got a holiday coming up or a fun Matrix movie marathon with a pal? I know we’ve got some convention-goers in our midst, myself included – Conventions are always great to look forward to!

Whatever it is, just go wild and tell us aaaaall about it!

Oh, who, me? I’m really excited to ride on the train to stay at my parents’ place on Tuesday night! Apparently their local pizza shop is incredible and Tuesday is half price night.

Also… new films in both the Child’s Play / Chucky and the Saw franchises are due for release this Halloween, which I am absolutely stoked for! Give me that sweet, sweet horror!

Ahhhhh! And Telltale Games just recently confirmed The Wolf Among Us for second season!

After three years of waiting we’re finally getting it! I was legitimately shaking with excitement when I found out! It should be interesting playing through a new season of the game now that I’m fully versed in the comics it’s based around…

Pizza, yes looking always forward for the next friday, when the most work is done and i can have a pizza and some wine

this week i’m looking foward for the first football match in the season. haveing pommes and a drink and talk with some good friends.
and to have a quiet week at work, the last one was horrible

new. films… note to me check the trailers. i have no clue what will come next time… just habe seen Baywatch one week ago and i’m a bit disappointed

Right when I’m excited about so many things hoho~

About films, I’m dying to watch the new Spiderman but I’m currently very broke until school starts again so I can get my student grant again… T_T Aside from that I’m really looking forward to Justice League and the new Kingsman movie

Games, games!! I never played The Wolf Among Us, sadly. I have seen some videos though and it looks really cool. I might have to hop on the train if it’s successful. Generally I’m on edge right now because I’m not at my own home currently (I’m at my mom’s house) so I can’t play Overwatch (you see, I’m addicted these days…) but they’re soon releasing a new playable hero and possibly a new event

It’s my second time being part of an event since I started playing.


The best thing I'm looking forward to, however, is **the highlight of my entire summer!** Possibly year!

On wednesday I’m taking the train down to the yearly Närcon Summer convention. It’s going to be great. Lots of geeks and kpop fans like me and it entails that I’ll be hanging out with a bunch of my friends for 5 days in a town pretty far from all of our homes. It couldn’t get any better

Also when school starts again in like a month, our first course is focused on my favorite thing!

We’ll have lots of time to arrange however we like in groups and I might take up a new dance class on the side because I’ve been leaning towards that lately. The near future is BRIGHT

After a crazy saga of fighting with PayPal and trying to be sneaky I was able to get a new patch and a few other things to support an artist I like. Just waiting for my gear to be shipped.

Didn’t know the exchange rate from CAN to USD so I ended spending much less then the $70 and then needing to owe a friend $70 because he transferred me money. But yeah I’m also getting a hat and a shirt. But I’m really excited about that patch because apparently that’s my new thing.

Oohhh, that sounds great!! What artist is it?

Kal Barteski, been following her on Instagram for awhile.

I am really looking forward to the day after tomorrow because it will be my day off and I can enjoy my nephews. I may even crochet!

@elkah - On the subject of the The Wolf Among Us – I highly, highly recommend it. Absolutely fantastic. Actually, my longest running roleplay account on Tumblr is for a character from that game if that’s any indicator of the impact it had on me.

Also, on the subject of Overwatch – I’ve never played it… but I get so much of it on my Tumblr dash that I pretty much know all the characters names and everything. Pffft. As such, I’m gonna ask you, which character do you, as the kids say, main?

I just finished a full rewatch of Ash Vs Evil Dead season 2 so, as of right now, I’m most looking forward to season 3 being released… whenever that’ll be because Starz suuuuure are taking their time in giving us a date for that…

Also, there’s a Soylent Green / Westworld double feature at my local old timey theatre next week, which myself and my housemate intend to attend.

… And dinner, which I haven’t made yet. I am very hungry and looking forward to that so I should probably got to the shops for some groceries to make it already.

@Ram Oohhh I see then. I might have to look into it. Well, when I find time from all this Overwatch addiction OTL

I main Widowmaker, however since it takes a lot of practice and aiming skill I don’t really possess I play alooot of other characters as well. Now after 70~ hours on just her I’m actually starting to see progress and it excites me so much. Sometimes it just blows though and that is why Symmetra is my other main queen when I just want to slay

As if the world needed another Genji player…

Whenever IF ever, Dwaynes movie with Nicholas Cage becomes available in the UK

Don’t bother. It was awful. Truly awful. Like it was so bad I think Dwayne owes me the money I paid to rent it and then some.

wow. seriously?
I watched Sisters recently and I only managed to stomach it because of Antonia.

I like Nicholas Cage movies, so I wanna see this…but you’re scaring me Hil

Telltale Games just recently confirmed The Wolf Among Us for second season!

After three years of waiting we’re finally getting it! I was legitimately shaking with excitement when I found out!

Oh, wow. This, uh… So… Funny story… After finally confirming a 2019 release for the long, long awaited season two of The Wolf Among Us… Telltales Games declared bankruptcy in late September.

I’m pretty bitter over the entire situation but, hey! Ya win some, ya lose some, I guess!

… Onnnnn a more positive note, I’m currently very excited to see Spider-Man: Into The Spider Verse with a good buddy next week annnnd… we’re also going out drinking and dancing on the weekend, which is always an excellent time!

I personally can’t wait to reprise my Techno strut at Supanova Expo, this time in my new tall platform-y boots! Last time I had to make do with weak boots. Less than an inch of sole on those things. These ones? Ohhh, buddy! Ohhh, buddy, lemme tell ya! These boots are… 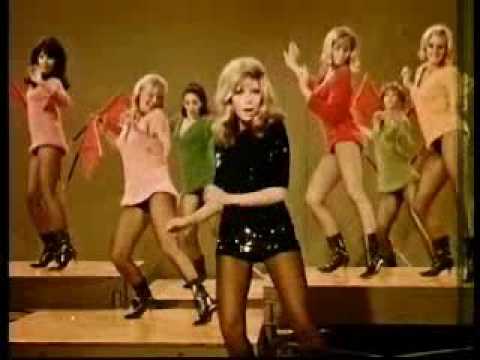 Can’t wait to see you in these new platform-y boots! Because I know you’re gonna be a dear and give us photographic proof, right?

Can’t wait to see you in these new platform-y boots! Because I know you’re gonna be a dear and give us photographic proof, right?

Ya know… I appreciate you giving me the benefit of the doubt rather than assuming the obvious truth that there is no way I could ever put that costume and make up on without flaunting it in everyone’s faces.

Can’t reply to this topic without adding something else I’m excited about so… right now I’m excited about meeting a random guy in the city on Saturday for the very specific purpose of trading my Riolu for his Mr Mime on Pokémon Go.

I don’t know if I’ve ever mentioned it around here, but anyone who pays attention to my Tumblr will know that my absolute most favourite Pokémon of all time is the very creepy misunderstood little guy, Mr Mime.

It’s also only available for capture from the wild in Europe so I have been waiting for a very long time for this opportunity. When I have that Mr Mime, that’ll be it for me. In my heart, I will have won Pokémon Go.

Who could ever hate this adorable little guy?! Look! It’s making an invisible wall!

Ya know… I appreciate you giving me the benefit of the doubt rather than assuming the obvious truth that there is no way I could ever put that costume and make up on without flaunting it in everyone’s faces .

well I didn’t want to assume too much, but yay!

And of course I am looking forward to tomorrow as it will be my day off work. This five day stretch has dragged on forever! I just want my glass of wine and to reacquaint myself with my bed!

I’m just hoping I am over this sick bug my mom and my daughter have before Christmas. Because I hate to be sick on Christmas that would just suck big time. And I am excited for Christmas!